On a recent trip to East London, I had food bliss with two of my favourite cuisines: Indian at Dishoom and Vietnamese at Cay Tre, both in Shoreditch. And then there’s the food market at Brick Lane. (I basically waddled from meal to meal and loved every minute of it.) 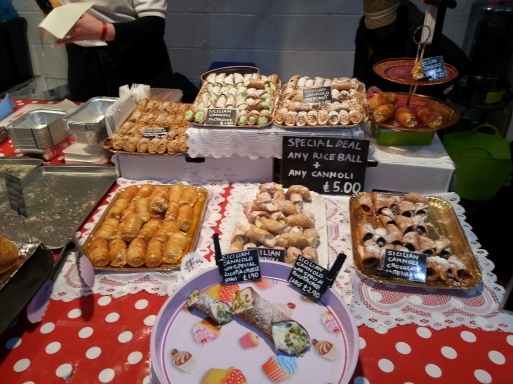 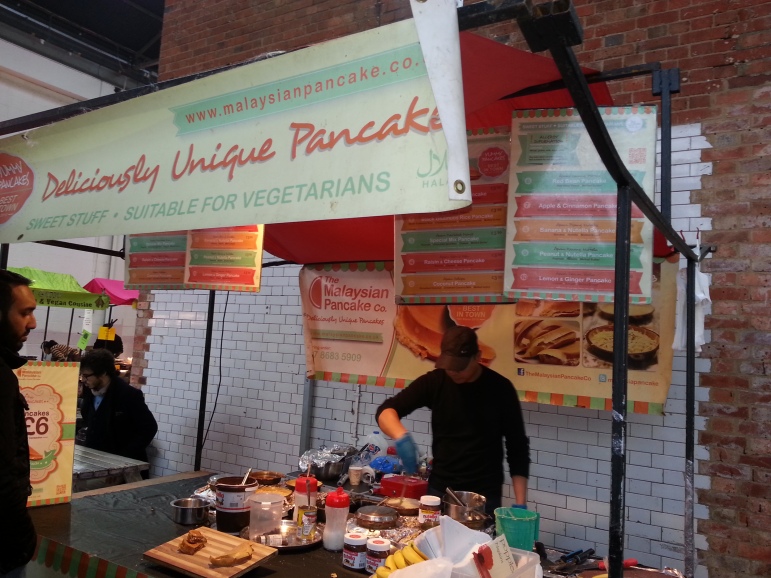 I’m not a food or restaurant critic – don’t have the qualifications and happy to leave it to the professionals – but I LOVE great food so when I find a fantastic cafe/pub/bistro/roadside stall/market, I just have to tell everyone about it, so here goes.

Dishoom is based on the old Iranian Bombay cafes which, I’m told, are disappearing from modern life in Bombay. Our Dishoom was on 7 Boundary Street but you’ll also find them at Covent Garden, King’s Cross and Carnaby.

Opened early last century by Zoroastrian immigrants from Iran, there were almost four hundred cafés at their peak in the 1960s. Now, fewer than thirty remain. Their loss is much mourned by Bombayites.’    – http://www.dishoom.com/

Happily, Dishoom have restored the menus, the decor and the ambience of these eateries to recreate the experience and keep their traditions alive.  A quirky detail I loved: Dishoom spent time gathering and recording stories and memories from generations who recalled the heyday of the Bombay cafes. They then printed them and had story fragments reproduced on their plates in the kilns. How cool is that?

You can’t reserve seats for less than six diners so expect to queue for quite a while (erm…ages, actually). We queued outside on a Saturday night for maybe half an hour, then had a cocktail in the bar for another 40 minutes but it was worth it. They also bring you small but free drinks while you’re on the queue outside so you feel special and appreciated.  And then the food – ohhh. Lamb Biryani, Chicken Ruby, Black House Daal, their signature dish. Cocktails – mine was a Bombay Colada. Not sure how it differed from a Pina Colada ‘cos I haven’t had one since the 90s but it was pretty good anyway. 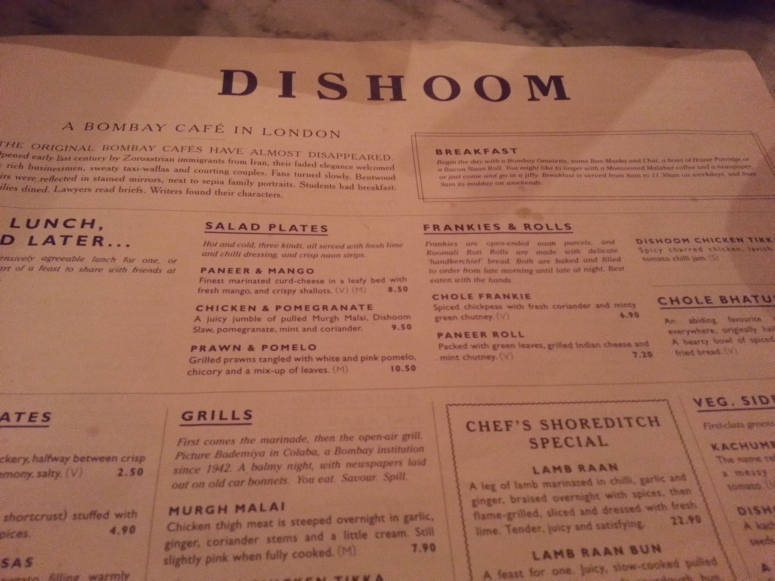 Earlier that day, we had lunch in Cay Tre, 301 Old Street, Shoreditch. I’d read so many great reviews that I was going to visit London specifically to eat there. I hadn’t had great Vietnamese food since my last meal in Hoi An, Vietnam, last summer so I was hoping Cay Tre would come close to the original experience. And it did!

It’s a really small, simple but ambient space. We ate  incredibly well – more than we could manage, as usual – and I’m pretty sure I made the best choice with my Barbeque Bowl. Also got a great drinks menu if you are on the dry – their Elderflower Bubbly was a lovely alternative to alcohol which didn’t leave me feeling a bit deprived.

See the website for exact prices; I’d describe them as really good value but I think you should always check the menu online yourself so that you know exactly what you’ll be spending.

Finally, if you don’t want to sit down to food and fancy a feast on the go, make time for Brick Lane’s food market but turn up hungry. You’ll want everything.

Thanks to my companions, Laura and Erica, for sharing the joy.