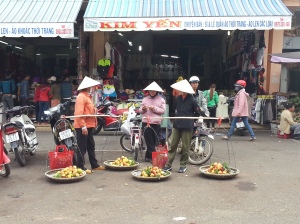 Getting there – I got the sleeper bus from Ho Chi Minh. It was meant to take eight hours but I left at 10.30pm and arrived at 4.20 a.m. so it was six hours with no traffic on the roads. I don’t recommend arriving in bus stations late night/early morning but Da Lat bus station felt safe, as in, it was neither deserted nor crowded and there were plenty of taxis waiting for incoming buses. 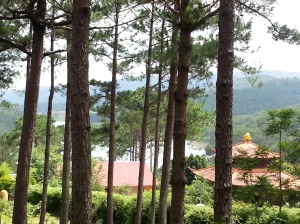 Getting out of Da Lat – is fine if you want to go back to HCM but, if not, it’s a bit awkward to get to other places e.g. Hanoi or Hoi An. Put a bit of thought into planning for Da Lat so that it works for your itinerary.

Accommodation: I stayed in the Saphir Dalat which is full of old-world charm but am not sure that I’d go back there. I’ve heard the YoLo hostel is pretty good.

So, what brings people to Da Lat? It’s very popular for canyoning but apparently the costs of canyoning there have rocketed recently as certain Europeans have taken it over and are charging European prices. About 20 minutes before I boarded my bus for Da Lat a fellow traveller told me there’s nothing much to Da Lat apart from canyoning – gulp! I wasn’t planning on canyoning so what the hell was I going to do? Luckily, that traveller was wrong. There’s plenty to see in and around Da Lat and I certainly did not regret going there. 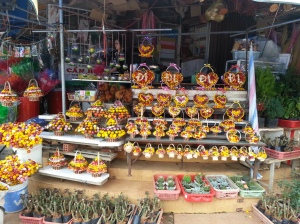 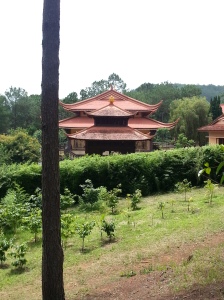 It’s a small city which doesn’t leave much of an impression in itself but the suburbs look very affluent and strangely European. It has a cool climate so if you need to escape the heat and humidity you will love it. The colonial French used to live there for that very reason and you can visit former French villas which are still beautifully maintained by the Vietnamese statem. Da Lat is wine country so you will see their wines in restaurants all over Vietnam, usually as a house white and red. They also have coffee plantations where you get to drink weasel coffee if you don’t mind that the beans have passed through weasel poo. I tried some and it was nice but I’m not sure what all the fuss is about. If you’re going to see the best of Da Lat, you need to take a day tour with Easy Rider: http://www.dalat-easyrider.com/

Staying Safe
Easy Rider is a motorcycle tour company and their bikers will approach you on the street to offer you a tour of Da Lat or the Da Lat countryside. They also do more extensive tours of the central highlands over several days. They carry I.D. and business cards and wear branded jackets so it’s perfectly safe to pick one up on the street. From what I could see, they’re all middle-aged men with incredibly sturdy motorbikes made for long distance travel. They all know each other and are well-known in a small town so if you are travelling solo and want to be sure, take a business card and ask local people if they know your rider. Overall, Da Lat is VERY safe.

What do you see on the day tour? The Da Lat city day tour usually includes:
Crazy House (thus named because it’s… well… em…crazy.) The architect was hugely influenced by (or simply imitated?) Gaudi so if you’ve been to Barcelona you’ll know what to expect.
Colonial French villas
Old Da Lat Railway Station, ‘a symbol of French Indochina’
Datanla Roller coaster and water fall
Truc Lam Monastery and Meditation Centre (A huge highlight of my trip. I extended my stay by one day so I could go back there and meditate; it merits a separate post of its own.)
Beautiful countryside, mountains and lakes
Da Lat Countryside Tour
I booked this with my hotel and was picked up by a mini-bus. I really enjoyed it and it was a nice chance to meet other travellers. It included:
Coffee plantations
Silk worm farm and factory
Flower farms
Rice wine making
Cricket farms (gross)
Beautiful scenery, great photo opps
Linh An pagoda